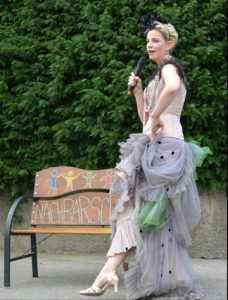 It was amazing.
The first “Stationentheater – it’s a women’s world in Neulengbach” (located in the Wienerwald region) has taken off brilliantly – citizen’s involvement, engagement and interest were unexpectedly high. The initiative had been launched by city councillor Maria Rigler, who wanted to make women more visible in history, achievements and  societal changes of her hometown.

Professional and amateur actors, singers and activists slipped into historical costumes and brought women personalities to life, who have contributed significantly to the history of the city. A guided city tour led the participants from one station to the next one, leaving the onlookers surprised by the singing, theater performing and storytelling. The great closing ceremony  was a fashion show, demonstrating costumes from various historical periods, designed by two young women of Neulengbach. Congratulations! 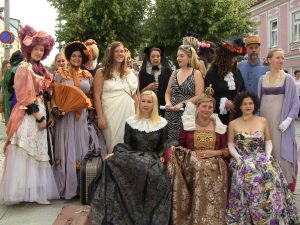